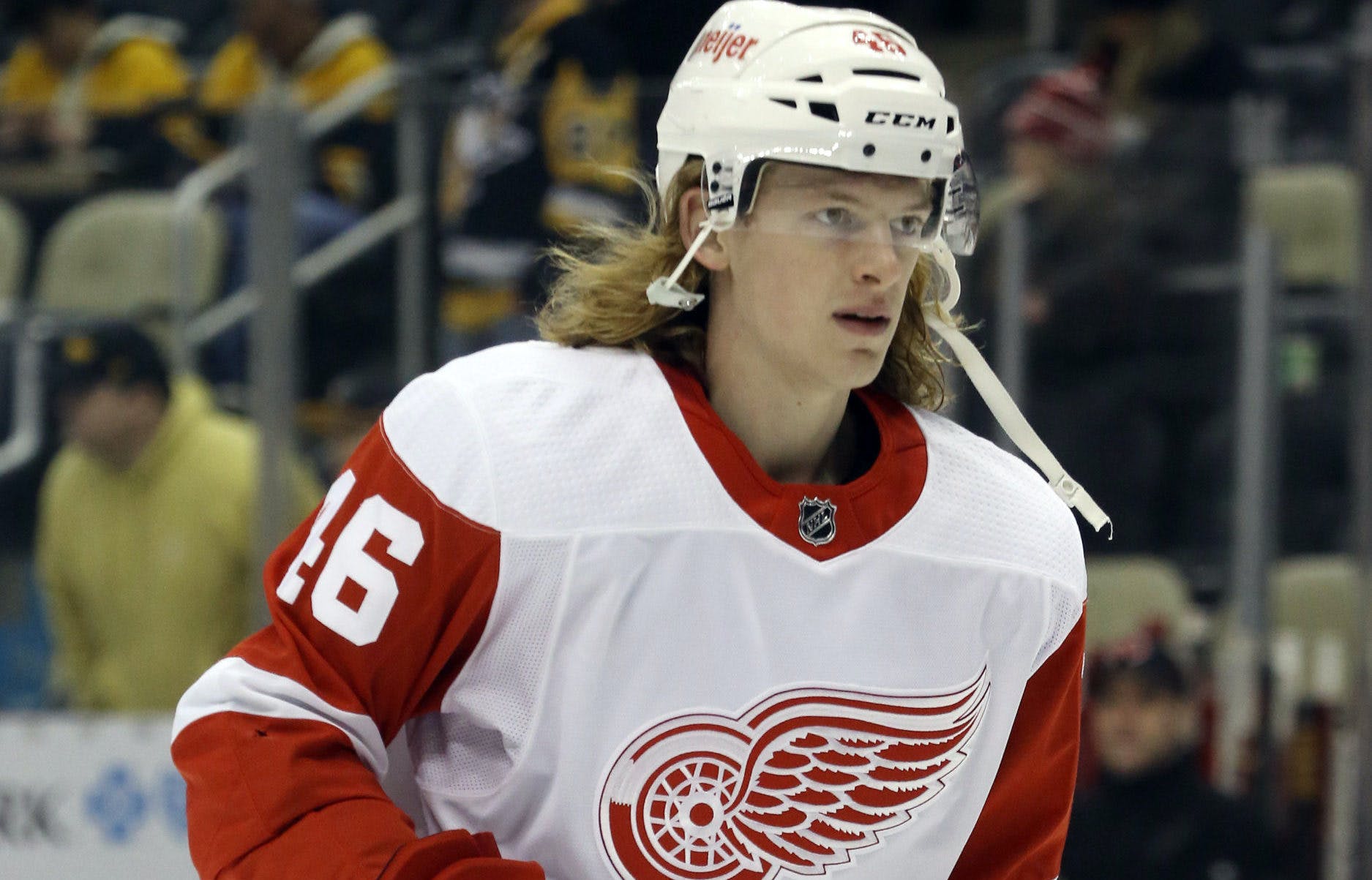 By Mike Gould
7 months ago
The Detroit Red Wings have recalled forward @Chase Pearson from the American Hockey League under emergency conditions, the club announced Monday afternoon.
Pearson, 24, has appeared in 49 AHL games with the Grand Rapids Griffins this season, amassing seven goals and 18 points. He has also logged his first two contests with the Red Wings in 2021–22 and is still in search of his first NHL point.
The Red Wings originally selected Pearson in the fifth round of the 2014 NHL Draft. He’s a 6’3″, 202-lb left-handed center who is slated to become a restricted free agent with arbitration rights this summer.
It remains to be seen whether Pearson will be in the Red Wings’ lineup when they return to action on Tuesday evening to take on the Tampa Bay Lightning (7:00 p.m. ET, Bally Sports Detroit Extra).