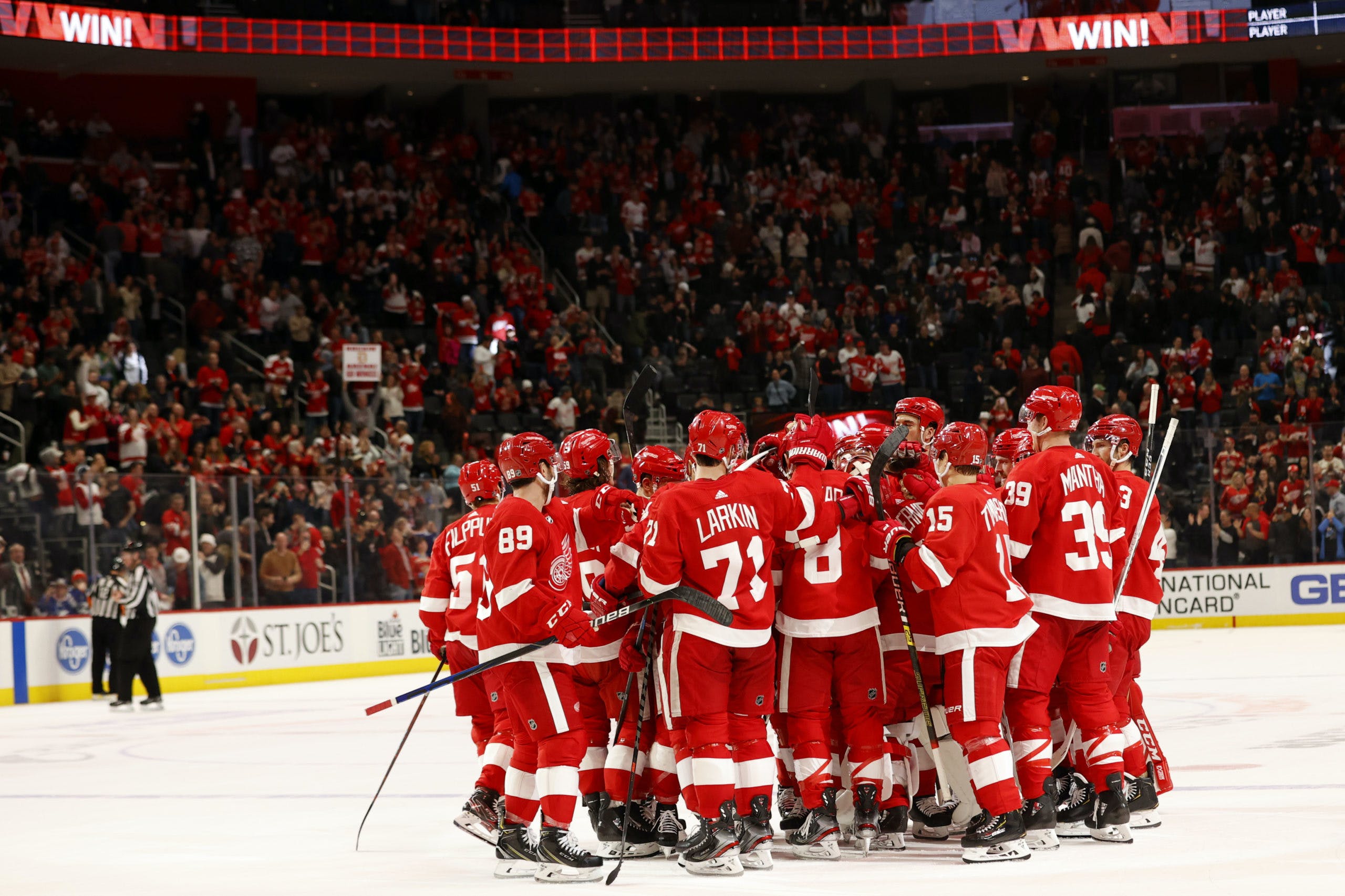 Without a doubt, the addition of the Swedish stud Mathias Bromé to the 22-man roster has raised some eyebrows. The 6’0” and 183 lbs left-winger has seized his opportunity in training camp and, given the fact that he’s been playing in Sweden during the pandemic, he’s certainly in top condition. The high-scoring Swede impressed both Blashill and Steve Yzerman, so Wings fans will be hoping he can add some much needed scoring to the Wings bottom-six.
As predicted in the Taxi Boys, Michael Rasmussen just missed out on making the active roster. Having said that, the forward group should be on high-alert, because the British Columbian native will be champing at the bit to make a permanent jump to the Wings active roster.
It’s somewhat surprising to see the Wings carry two goalies on the Taxi Squad considering Blashill’s public praise of his goaltending tandem. That being said, COVID has made it better to err on the side of caution, so retaining both Calvin Pickard and Kevin Boyle makes sense if the Wings brass assume they will be forced to thrust one of their 28-year-old goalies into action.
Darren Helm, Jared McIsaac and newly acquired Christian Djoos have been listed as non-roster, while Pat Nagle was released from his PTO. Furthermore, the Wings assigned forwards Riley Barber, Kyle Criscuolo, Turner Elson, Taro Hirose, Chase Pearson, Evgeny Svechnikov, Dominic Turgeon, Joe Hicketts, Brian Lashoff, Dylan McIlrath and Kaden Fulcher to the Grand Rapids Griffins.
The season kicks off Thursday when the Wings host the Hurricanes at Little Caesars Arena. Hockey is BACK!
Twitter:@Jonesinthezone
Content
Recent articles from Craig Jones