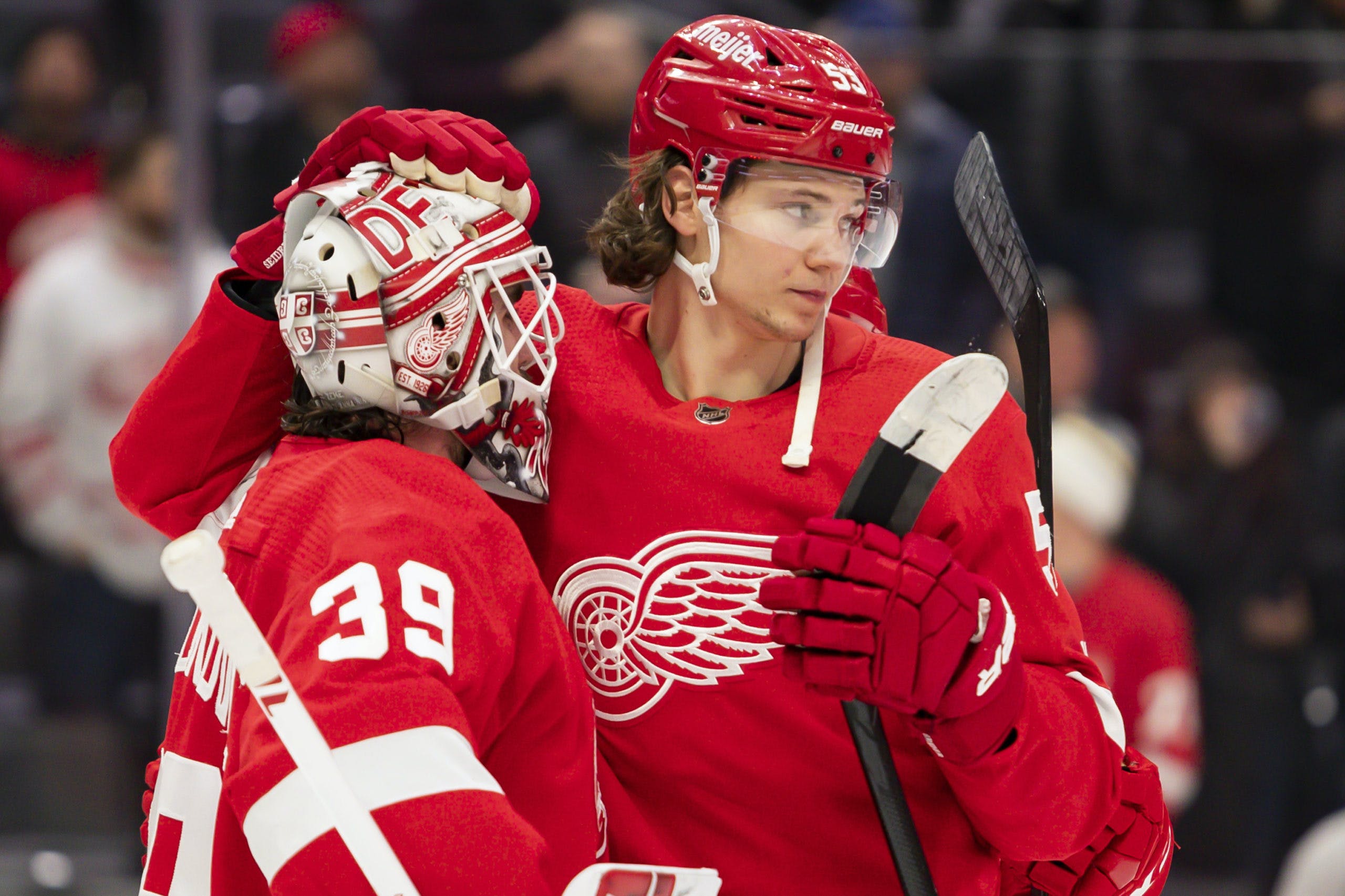 By Mike Gould
7 months ago
Nine members of the 2021–22 Detroit Red Wings will represent their respective nations at the 2022 IIHF World Championship, according to Bally Sports Detroit’s Trevor Thompson.
Forwards @Jakub Vrana (Czechia), @Lucas Raymond (Sweden), and @Pius Suter (Switzerland), defensemen @Moritz Seider (Germany) and @Filip Hronek (Czechia), and goaltenders @Alex Nedeljkovic (USA) and @Magnus Hellberg (Sweden) will play for their respective national teams at the 2022 Worlds, which will be held in Finland from May 13 to 29.
Additionally, former Red Wings head coach Jeff Blashill will serve as an assistant coach under David Quinn for Team USA; current Red Wings head athletic trainer Piet Van Zant has also been named to the American national team.
All nine of the Red Wings’ attendees have represented their nations in international competition on previous occasions. Here is some of their most notable tournament experience:
Raymond and Nedeljkovic will make their World Championship debuts at the 2022 tournament, which is slated to be held in the Finnish cities of Tampere and Helsinki.
Blashill’s position with Team USA was confirmed in mid-April, just two weeks before the Red Wings announced they would not be renewing his contract as the team’s head coach for the 2022–23 season.