Nedeljkovic stops 43 against Canucks for second shutout of 2021–22 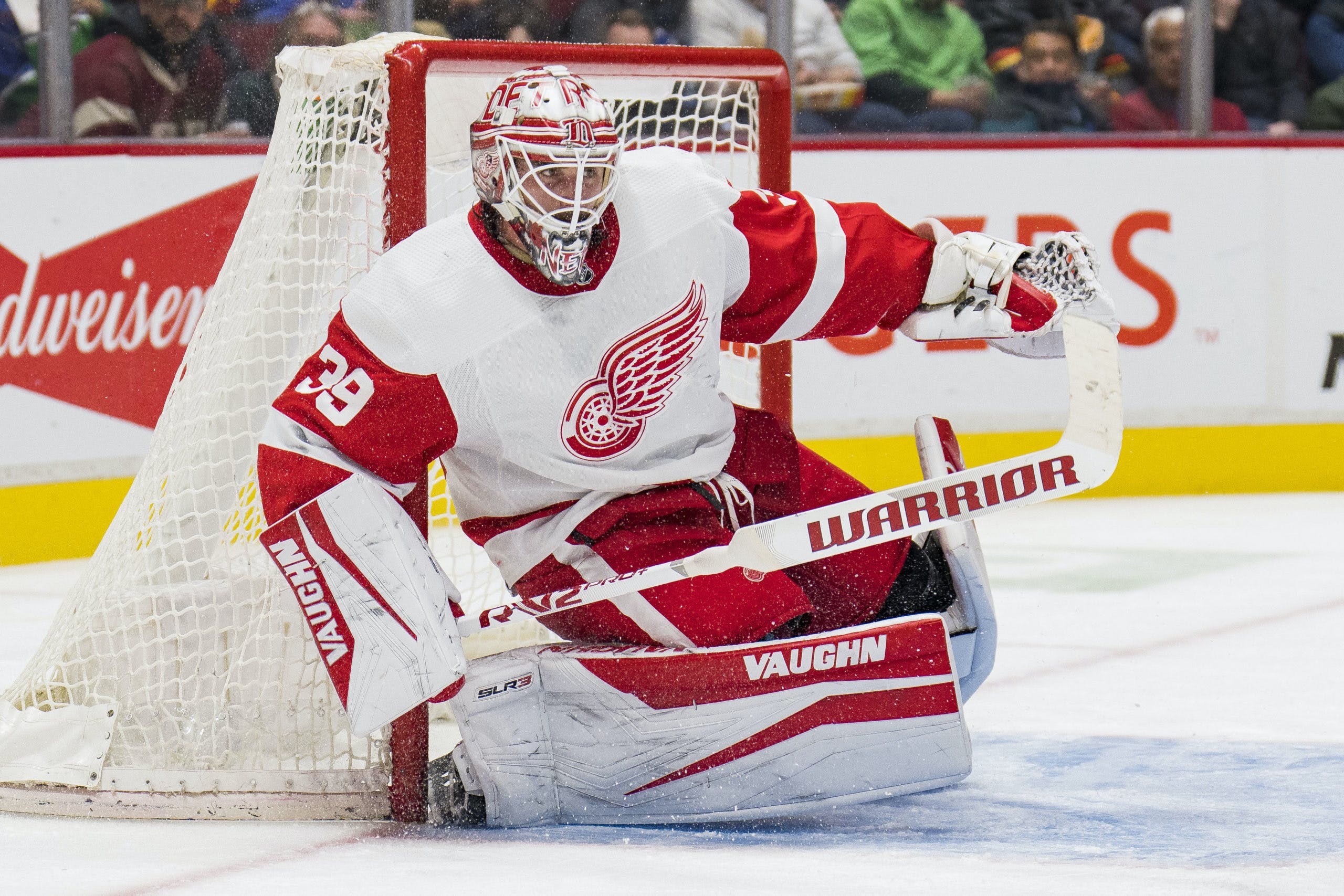 By Mike Gould
8 months ago
@Alex Nedeljkovic is back in the win column.
The 26-year-old goaltender stopped all 43 shots he faced against the Vancouver Canucks on Thursday night to help the Detroit Red Wings capture a 1–0 victory.
Nedeljkovic’s second shutout of the season also snapped a six-game losing streak for the Red Wings. Entering Thursday’s action, Nedeljkovic hadn’t won a game since March 1.
With the victory, Nedeljkovic improved to 16–18–6 on the season and saw his save percentage jump to .903. The Red Wings now boast a 25–29–7 record in 2021–22; the Canucks fell to 30–25–7 with the loss.
Nedeljkovic’s only previous shutout with the Red Wings came back on Jan. 15, when he made 22 saves in a 4–0 win over the Buffalo Sabres.
@Pius Suter scored the only goal of the game for the Red Wings, with @Vladislav Namestnikov picking up the lone assist. Nedeljkovic set a new career-high mark with his 16th win of the season.
With their lengthy losing streak now a thing of the past, the Red Wings will return to action on Saturday to take on the Seattle Kraken at Climate Pledge Arena.