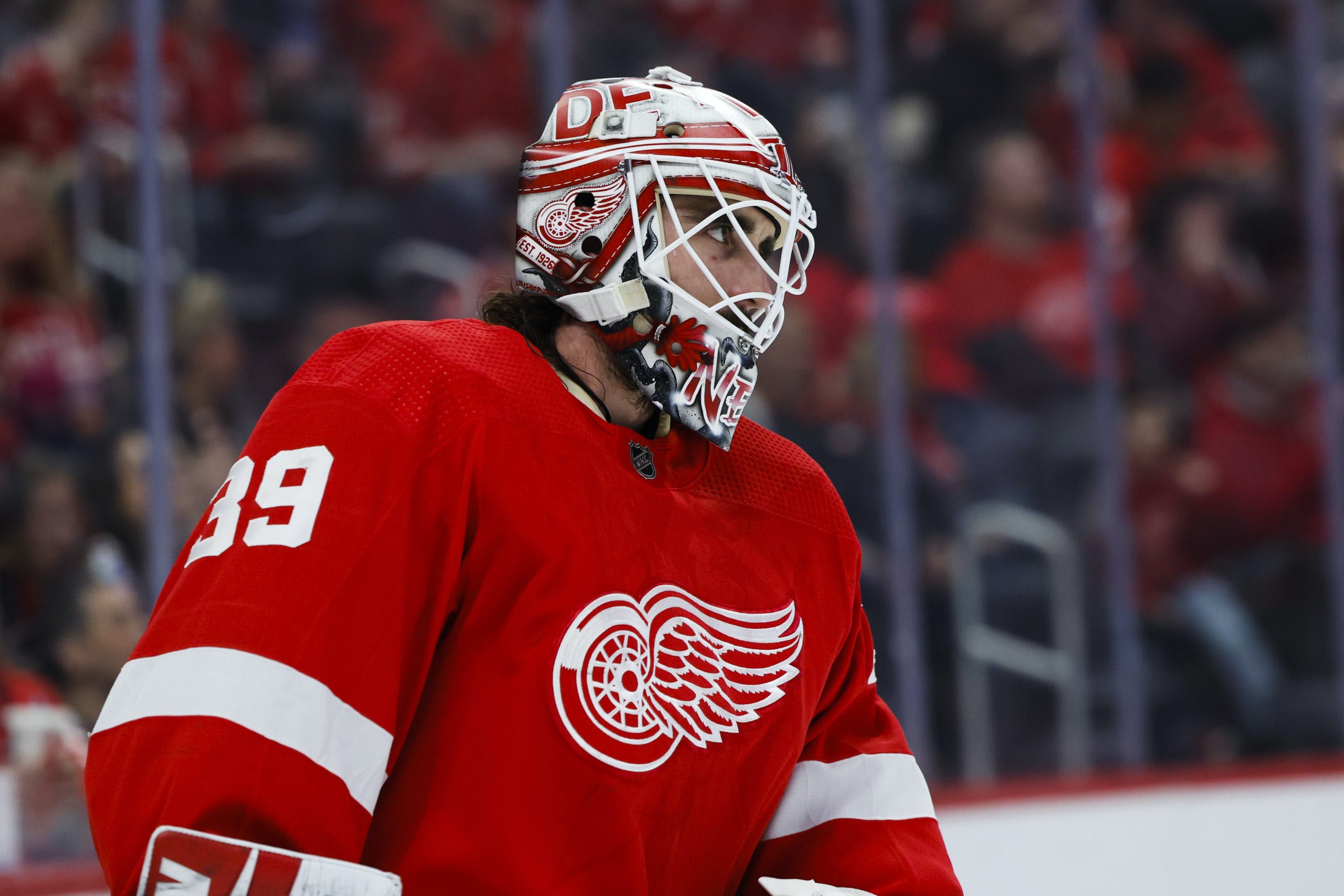 Photo credit: Rick Osentoski-USA TODAY Sports
By Mike Gould
6 months ago
Comments
Detroit Red Wings goaltender @Alex Nedeljkovic has been named one of the 32 nominees for the King Clancy Memorial Trophy.
Each of the National Hockey League’s 32 teams selected a nominee for the award, which is presented annually “to the player who best exemplifies leadership qualities on and off the ice and has made a noteworthy humanitarian contribution in his community.”
A selection committee of NHL executives — led by commissioner Gary Bettman and deputy commissioner Bill Daly — will select a winner and two additional finalists. The first-place finisher will receive $25,000 to donate to a charity of his choice, while the two finalists will both have $5,000 donations made on their behalf.

The @NHL has announced the 32 nominees for the 2021-22 King Clancy Memorial Trophy, presented “to the player who best exemplifies leadership qualities on and off the ice and has made a noteworthy humanitarian contribution in his community.”
#NHLAwards: https://t.co/2TProz0tLp pic.twitter.com/rsorogfiTx

Advertisement
Ad
Advertisement
Ad
Two members of the Red Wings have previously won the Clancy. In 2003, Brendan Shanahan received the award in recognition of a program he started to install smoke detectors in low-income households; 12 years later, Henrik Zetterberg was named the winner for his contributions to humanitarian causes in Detroit, Ethiopia, Guatemala, and Nepal.
The King Clancy Memorial Trophy was first awarded in 1988 in honour of the legendary Toronto Maple Leafs defenceman-turned-executive, who died in 1986. It was most recently presented to Nashville Predators goaltender Pekka Rinne after the 2020–21 season.
The 2022 NHL Awards ceremony will be held between Games 3 and 4 of the Stanley Cup Final in the city that hosts those two matches.